The San Mateo County Harbor District (District) is the Lead Agency and has prepared an Initial Study (IS) with the intent to adopt a Mitigated Negative Declaration (MND) for the proposed Pillar Point West Trail Living Shoreline project (proposed project).

The proposed project is located along the western edge of Pillar Point Harbor (Harbor) in western San Mateo County, California. The Pillar Point West Trail (West Trail or trail) varies in width from 8 to 18 feet and connects a pedestrian pathway from the West Point Avenue access and parking area to the Pillar Point outer harbor and Mavericks Beach. The project area has experienced chronic coastal erosion, resulting in degradation of the existing Pillar Point Harbor West Trail and creating hazardous conditions for trail users. The erosion threatens the structural integrity of the trail for public and emergency vehicle use. In addition, because the trail is the only access point to Mavericks Beach and is a popular trail for visitors, permanent closure of the trail is not favored. The proposed project would include the stabilization of the West Trail and stormwater system improvements. To protect and stabilize the trail, the proposed project would include the construction of a nourished beach with an elevated dune adjacent to, and east of, 300 feet of the trail. Buried beneath the surface of the shoreline and dune would be a cobble berm (otherwise known as a dynamic revetment) and two rock fingers extending perpendicular from the trail. The stormwater improvements would address the aesthetics, function, and maintenance needs of the existing storm drain system as well as provide water quality improvements to the harbor. Work would start in fall/winter of 2020 and last approximately four months assuming a 6-day work week. Copies of the IS/MND can be downloaded from the following URL: https://www.smharbor.com/initial-study-notice-of-intent-to-adopt-a-mitigated-negative-declaration or can be viewed at the Pillar Point Harbor, Harbormaster Office at One Johnson Pier Road, El Granada, CA 94016 from 9 a.m. to 5 p.m., Sunday through Saturday.

ANY INTERESTED PERSON may comment on the IS/MND for the proposed project. Comments must be in writing and received by 5:00 p.m. Pacific Daylight Time on August 21, 2020, which is 30 days after publication of this notice on July 22, 2020. Please send your written comments to: James Pruett, General Manager, P.O. Box 1449, El Granada, CA 94018 or by e-mail to:  jpruett@smharbor.com. 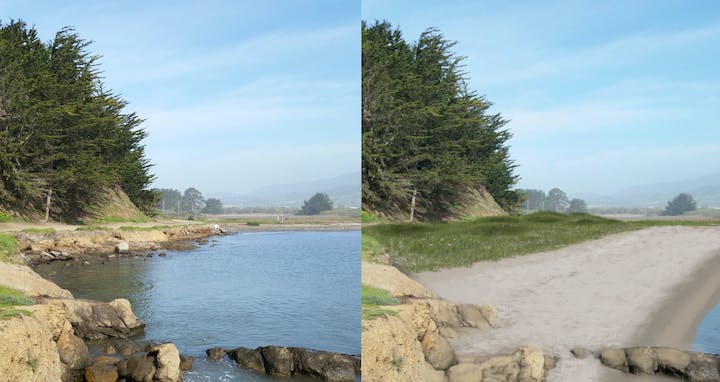